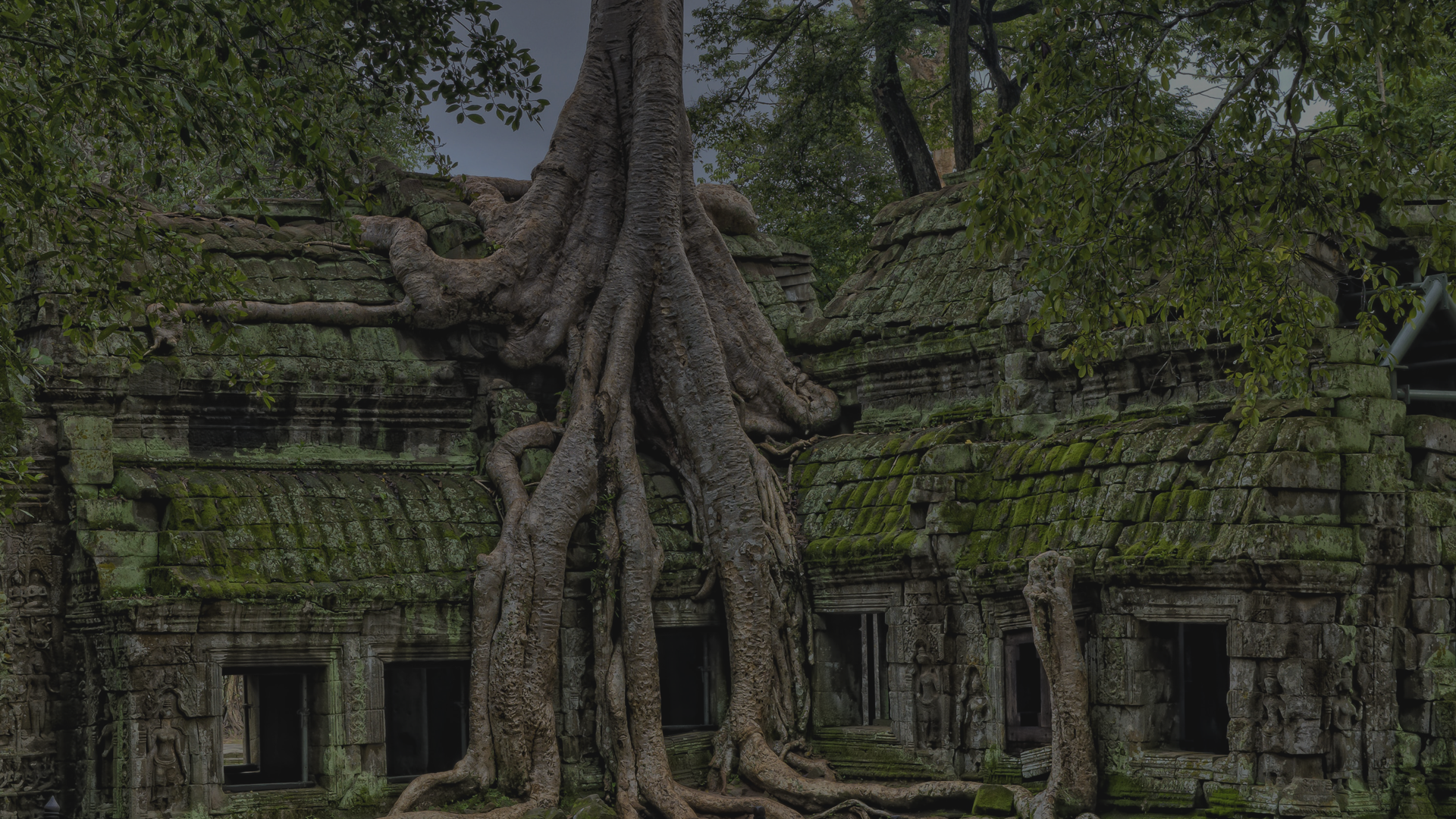 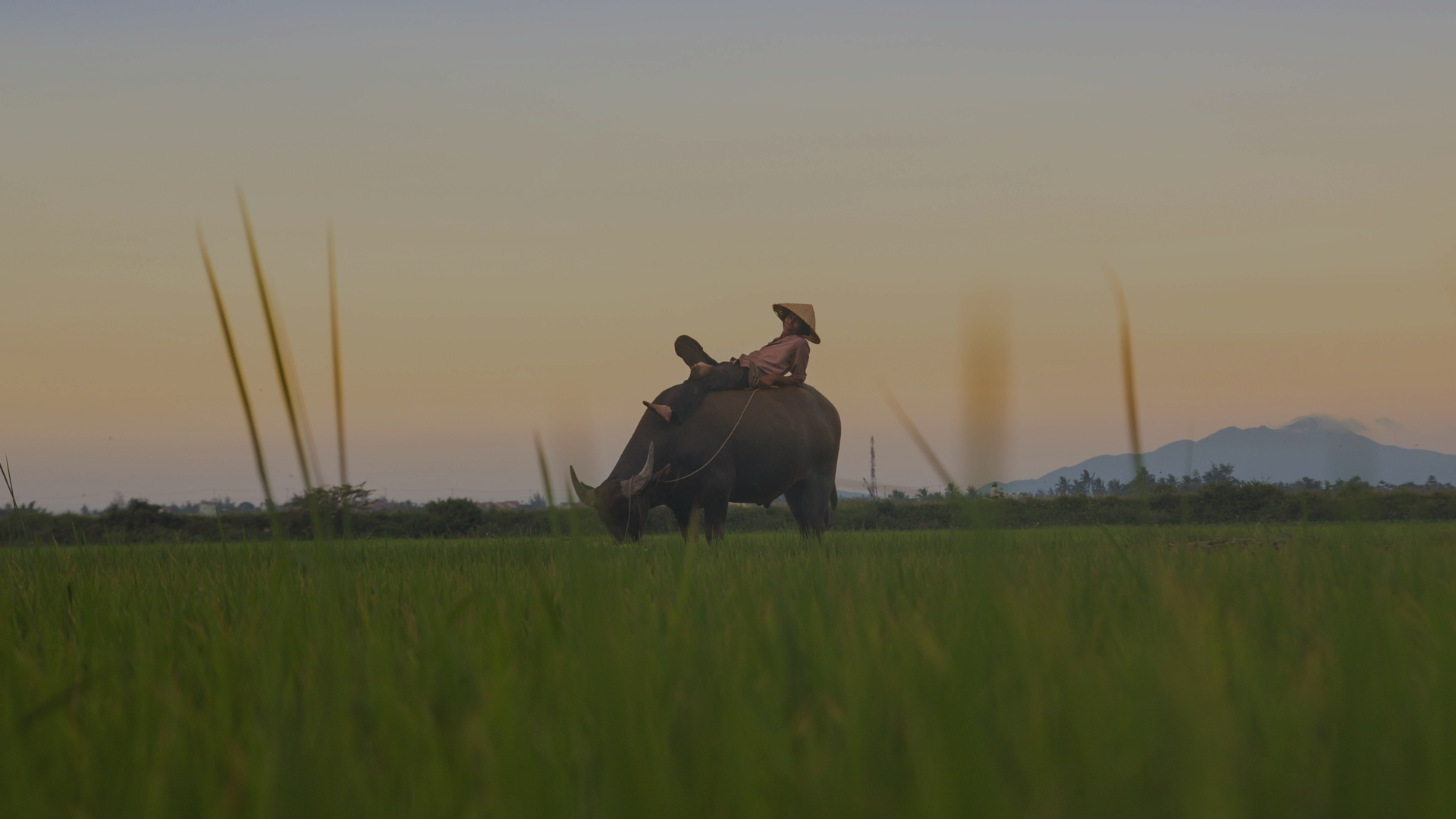 The resilience of this country is incredible. Years of genocidal turmoil and political strife left Cambodia’s people humbled and determined to repair past suffering. This is a nation still in the process of building its new economy, and there are still some counterparts of sadness tied to past decades. However, a trip within these borders - the richness of the culture, the charisma of the people, the beauty of the land - you will never forget.

For those who want to stand in awe before the mother of all temples, you must pay a visit to Angkor Wat. Not only is the entire Angkor complex a UNESCO World Heritage site, but with origins dating back to 900 AD, its gopuras and corbel arches epitomize the height of Khmer architecture. When the Angkor complex was uncovered from jungle growth in 1860, it soon became an exotic destination for adventure seekers of the Victorian Age.

Our local host will get you started visiting the sights soon after checking in; he will carry all of your site passes, and along with a private vehicle, will be with you for the entire duration of your stay. He will also escort you about the surrounding town of Siem Reap, where you can shop at the night market, watch an Aspara dance performance, or volunteer with a local nonprofit.

Just make sure to save one morning’s worth of energy for our distinctive sunrise experience; it may be the highlight of your entire trip! The uphill trek does require waking up early, and it does require a moderate level of physical fitness, but you won’t regret the time that you‘re about to spend in a pre-dawn monks’ temple, partaking in a sublime, intimate, and completely authentic religious occurrence. Afterwards, we’ll provide a wonderful picnic breakfast outside of the temple so that you can enjoy the lofty view of a new day before bidding adieu to your ceremony friends and climbing back down the hill.

Time permitting, we’ll then continue on to enchanting Banteay Srei, the only major Angkor temple not built by royalty. Or if you’d like to travel the jungle-cut road to Koh Ker, we’ll also be able to include a stop at Beng Melea along the way.

It might be hard to believe there’s more to this country than majestic Angkor, but beyond her intricate temple carvings and tree-lined avenues, beyond the twisted roots of Ta Prohm and the rush of colorful tuk-tuks, lies the nation’s surrounding countryside. This is the real Cambodia and it’s quite simply beautiful. Verdant rice fields spread to the farthest reaches of the horizon, bordered by lush vegetation, sky-high palms, grazing animals, stilted villages, and children at play. Much of this land is still crisscrossed by dirt roads and motorbike trails, and for those keen on intrepid adventure, you’ll certainly be avoiding the crowds.

Even with one extra day, you could travel beyond Koh Ker to the remote Preah Vihear Temple, staged almost 2,000 ft high on a Dangkrek mountain peak. Likewise, you could travel south of Siem Reap to visit Lake Tonle Sap, the largest freshwater body in all of Southeast Asia. This is a critical ecosystem full of fishing villages providing livelihoods to millions. Other points of interest in rural Cambodia include the Cardamom Mountains, weaving and handicraft villages, wildlife sanctuaries, Mekong towns, and the isolated minority tribes of Ratanakiri province. Naturally, there are always more temples scattered about, as well as the subtle French influence of colonial towns such as Battambang and beachside Kep. One thing’s for sure, though, you’ll find Cambodia’s friendly faces endemic to all regions.

To understand the pain of past decades, a trip to Tuol Sleng, or S-21, is invaluable. Located in Phnom Penh, it was perhaps the worst of all security prisons maintained by the Khmer Rouge during its Communist reign of terror.

Originally a high school, any youthful happiness represented in its classrooms was extinguished long ago, as they were instead converted, in the late 1970s, into isolation cells and torture chambers. The victims were the educated, the wealthy. Basically anyone who was considered an elite was also considered to be a threat to the common people, and was brought to the capital. Once captured, the odds were bad. Out of the thousands upon thousands who passed through S-21, less than ten survived. Although the site is now a museum, the vacant halls are still terrifying, the mugshots of the victims still haunting. As a logical follow-up to S-21, a visit to the killing fields, just outside of town, will complete the picture.

Other interesting Phnom Penh highlights include the Royal Palace, the National Museum, Wat Phnom, the Silver Pagoda, the Russian Market, and the curious mix of new steel and concrete buildings going up alongside the crumbling facades of old colonial architecture. After all, it’s been less than a century since Cambodia was part of French Indochina, Phnom Penh once hailed the “Pearl of Asia.” What the activities of past decades did not manage to destroy of this mixed cultural heritage still remains in bits throughout the urban areas; traditional Cambodian dance is experiencing a revival, higher education is re-gaining its status, French is often spoken in the streets, and riverside cafes serve European food and wine throughout the night. As far as the future, Phnom Penh, it seems, will be shaping it for the rest of the country. Most of our clients who visit the capital do so when traveling via Mekong speedboat from Chau Doc, Vietnam en route to Siem Reap.

Cambodia’s beautiful coastline lies on the Gulf of Thailand. There are some really neat places to visit down here, so you might enjoy taking a southbound ride from Phnom Penh to reach Sihanoukville, where a fastboat can transfer you to an island from the jetty. Enjoy being adventurous or completely relaxing.

“Of journeying the benefits are many; the freshness it bringeth to the heart, the seeing and hearing of marvelous things, the delight of beholding new cities, the meeting of unknown friends, and the learning of high manners.”